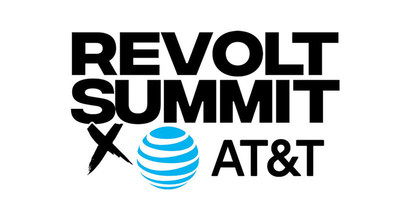 This past weekend, the powerful immersive experience returned to the city of Atlanta with impactful panels, keynotes and celebrity performances anchored in supporting future Black Leaders

Hosts Pretty Vee and Fly Guy DC hit the stage and welcomed the crowd to the completely sold-out event, which was bustling with over 10,000 young Black creatives and rising professionals throughout the weekend. Throughout the Summit, attendees enjoyed exciting panels and conversations, including an exclusive appearance from the iconic Gucci Mane who sat down with Rap Radar hosts Elliott Wilson and Brian "B.Dot" Miller; Assets Over Liabilities, where financial powerhouses Rashad Bilal and Troy Millings spoke with the legendary Master P about building wealth; Big Facts, which featured an unfiltered conversation with Atlanta's own Big Bank, DJ Scream, and Baby Jade, as well as an exclusive live performance from Nardo.

"This year's Summit was completely sold-out, which showcases our community's growing demand for our movement to create a platform for the culture, by the culture, which will enable us to reclaim our narrative globally," said Detavio Samuels, CEO of REVOLT. "We are both humbled and thrilled to have touched so many lives with yet another inspiring weekend full of opportunities. Our appreciation goes to our brand partners, who see the transformational impact we are making and invest in our brand & community."

This year's Summit once again offered special growth and learning opportunities with AT&T Office Hours, where attendees participated in one-on-one mentoring sessions with some of today's most successful leaders. This special activation was thoughtfully curated to offer once-in-a-lifetime career and growth sessions where emerging professionals worked with established leaders to discuss how to achieve their goals and take charge of their future.

Curated by entertainment and brand experience company, Superfly, this year's Summit carried out its purpose in empowering and uplifting Black changemakers. With a jam-packed schedule of performances, exclusive live viewings of REVOLT's leading programs, and invaluable networking opportunities, the Summit came back bigger and better than ever with unforgettable cultural moments.

REVOLT is the leading Black-owned and operated multimedia platform servicing content 24/7 across digital, linear and live media channels. The platform produces rich content and original material with the biggest names in Hip-Hop, along with reports of breaking news, current events, trends and announcements within the Black cultural movement and Hip-Hop world. REVOLT takes pride in its diversity, both in its mindset and its company makeup, further instilling its dedication to culture within its staff and audiences. Founded by Sean "Diddy" Combs in 2013, REVOLT attracts more than 50 million millennials and Gen Z audiences through its disruptive, authentic material across all platforms. In 2021, REVOLT launched a brand new digital mobile app where users can view extended releases, live updates from relevant news, exclusive specials and much more.

Superfly is an entertainment and brand experience company obsessed with activating and amplifying communities around common passions and unforgettable moments. Superfly's expertise is building cultural experiences with a distinct identity such as the iconic Bonnaroo Music & Arts Festival, The FRIENDS Experience, BravoCon, and REVOLT Music Summit, that are equally desired by brands and destinations for fans. Superfly delivers brand experiences for clients including Citi, Intel, NBCUniversal, Verizon Media, and CLEAR by blending strategy, insights, creativity, technology, and flawless execution.

Working across sports, music and entertainment, Superfly has been named Global Experiential Agency of the Year by The Drum, and their experiences have been honored by Event Marketer, BizBash, Campaign, and Digiday. Superfly is headquartered in New York. Learn more at http://superf.ly, and follow on Twitter, Facebook, and Instagram.